Our mission is to be our members primary financial institution by providing quality services, exceeding member expectations, and supporting our local community.

Small enough to know you. Large enough to serve you.

For over 60 years Dannemora Federal Credit Union has been serving our community. DFCU was organized in 1958 by a group of employees of the Dannemora State Hospital interested in creating a place where they and fellow employees could save and borrow money safely, confidentially, and at fair rate of return.

Today, DFCU has over 18,000 members and over $190 million in assets. With 4 branches, DFCU provides financial services to members all over Clinton, Essex, Franklin, and St. Lawrence Counties. Products have grown to include mortgages, indirect lending, and commercial lending.

The Operations Center is built in Plattsburgh 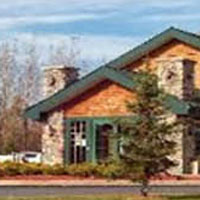 DFCU expands it's charter to include all of Clinton County, NY. First merger occured with the addition of Clinton Correctional Credit Union.

DFCU expands field of membership to include NYS employees working at Clinton Correctional Facility, Camp Adirondack, or the NYS Division of Youth Facility at Ray Brook or Schuyler Falls. Also added are employees of the US Dept. of Justic at FCI Ray Brook and employees and members of Troop "B" New York State Police. 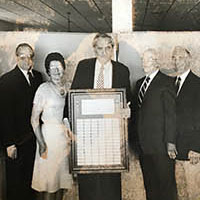 Dannemora Federal Credit Union was organized as a credit union for employees at Dannemora State Hospital by Martin Morris.

So what is a credit union?

A credit union is a not-for-profit financial cooperative that is owned by its members. Credit Unions were organized to promote thrift and credit to its members.

Here are some of the primary features of a credit union:

At a credit union, stock-holders are not the owners, members are! Each members deposit makes up their share of ownership in the credit union. Regardless of the size of their deposit, each member gets one vote. Though credit unions require that you fall under their field of membership to join, there are so many credit unions existing today that you are likely eligible to join multiple. DFCU’s field of membership is open to anyone who lives, works, attends school, or worships in Clinton, Essex, Franklin, and St. Lawrence Counties.

Credit unions are not-for-profit, so there are no stock-holders to pay. Profits are returned to members through high dividends on savings accounts, low interest rates on loans, and low fees.

Volunteer Board of Directors

As a federal credit union, your savings are federally insured by the National Credit Union Administration for up to $250,000, so you can have peace of mind knowing that your money is safe.

See how we’re giving back to our communities